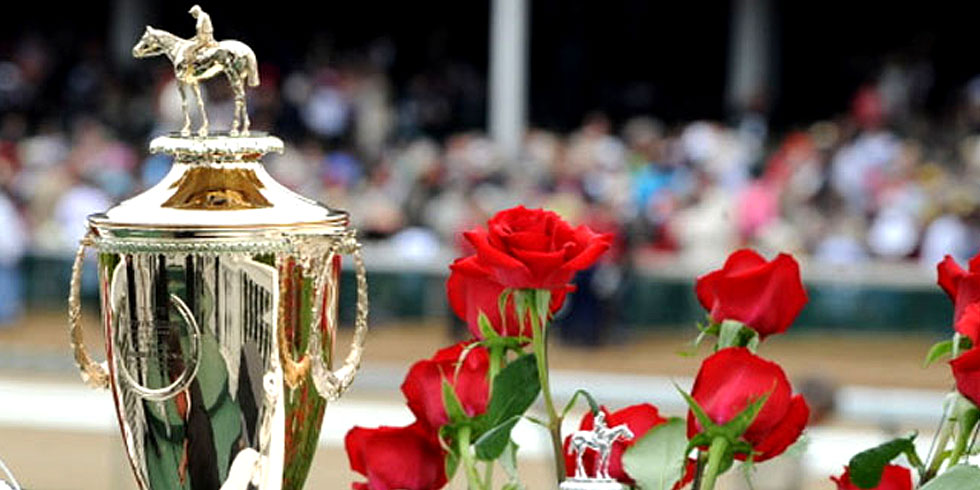 Five weeks away from the Kentucky Derby and with the Nyquist vs Mohaymen battle now behind us, below is my updated Kentucky Derby Contender list. With the impressive Florida Derby win, Nyquist moves back into the #1 spot that I originally had him in during the fall of last year when I named him my “way too early Kentucky Derby favorite” on September 9th. Mohaymen free falls to 6th after an unexplained disappointing 4th place finish in the Florida Derby. Everything seemed to set up well for Mohaymen but he just didn’t fire when he had to coming down the stretch.

Please note that next Saturday April 9th will be a huge day on the Derby Trail with three Derby prep races scheduled: the Wood Memorial, the Blue Grass Stakes and the Santa Anita Derby. So I will have an updated contender list on Sunday April 10th.

1) Nyquist (130 Derby Points) – The 2015 Eclipse 2 Year Old Male Horse of the Year put on a dazzling display to win the Florida Derby (shown below). That was all Nyquist, his jockey Mario Gutierrez never had to show him the whip. Undefeated in 7 starts, he now has 4 Grade 1 stakes wins and has already earned $2.3 million dollars. He has answered any criticism you may have had that his times and Beyer Speed Figures weren’t impressive or that his smallish build makes him better suited as a miler. He just wins. He was first of the 2016 Kentucky Derby crop to produce a 100+ Beyer Speed Figure with his win in the San Vicente. His next start will be the Kentucky Derby. Trainer Doug O’Neill is following the same “2 races as a 3 year-old” strategy that he used with I’ll Have Another to win the 2012 Kentucky Derby.

2) Destin (51 Derby Points) – The Todd Pletcher-trained colt broke into my contender list by virtue of his performance in the Tampa Bay Derby (shown below) where he set a track record with a time of 1:42.82–good for a 100 Beyer Speed Figure. He is the full brother to Creative Cause who finished 5th in the Kentucky Derby and 3rd in the Preakness Stakes in 2012. His next start will be the Kentucky Derby as Todd Pletcher is bypassing another Derby prep race and focusing on 8 weeks of training instead. I would have liked to see how he fared stretching out to 1 1/8th mile on a track other than Tampa Bay Downs. However, it is hard to fault a move from one of the top trainers in the business.

3) Mor Spirit (44 Derby Points) – Bob Baffert’s best Derby trail horse thus far. I have been somewhat critical of his times since they have been way off what Dortmund produced last year in Los Alamitos Futurity, Robert B. Lewis Stakes and now the San Felipe Stakes. However, what I witnessed in the San Felipe was a horse that came off the pace and made up significant ground to finish 2nd. He is my favorite to win the Santa Anita Derby on April 9th that will be half furlong (1/16th of a mile) further than the San Felipe Stakes.

4) Danzing Candy  (50 Derby Points) – The surprise winner of the San Felipe Stakes (shown below). He has three wins in his last three starts. He got a perfect trip in the San Felipe by getting out in the lead and then holding on for the win. Give credit to jockey Mike Smith for this win because it was a great strategy because the track wasn’t forgiving to closers that day. His next start will be a rematch against Mor Spirit in the Santa Anita Derby April 9th.

5) Cupid  (50 Derby Points) –  Another Bob Baffert-trained 3 year-old who moved into my contender list after a solid win in the 14 horse field of Rebel Stakes. His winning time was 1:43.84 which is a very good time at Oaklawn Park and resulted in a 95 Beyer Speed Figure. He displayed the necessary fight in this race when challenged by Whitmore. He is a half-brother to Mohaymen having shared the same sire Tapit. His next start will be the Arkansas Derby April 16th.

6) Mohaymen  (80 Derby Points) – The Kiaran McLaughlin-trained colt finished a disappointing 4th in the Florida Derby and didn’t seem to have the necessary kick down the stretch to make me feel that he could be a Kentucky Derby winner. He couldn’t even hold off Fellowship for third place, a horse that finished third behind him in his last two wins. Was it the wet track that he didn’t like? Whatever the reason, after the Holy Bull Stakes win in January–Mohaymen has regressed.

7) Exaggerator (26 Derby Points) – The Desormeaux brothers colt finished 3rd in the San Felipe Stakes. I expected a better performance in this race from the Delta Downs Jackpot winner who gave Nyquist a good battle in the San Vicente Stakes. However, with his pedigree (Sire: Curlin), I wouldn’t give up on him yet as he should excel in races as the distances gets longer. His next start will be the Santa Anita Derby at Santa Anita Park on April 9th.

8) Zulu  (20 Derby Points) – Another Todd Pletcher-trainee and half-brother to Greenpointcrusader. He finished 2nd to Mohaymen in Fountain of Youth Stakes (shown below) and answered some questions in that race as to how he would like distance since it was his first past 7 furlongs. He also showed a willingness to battle so this was a performance that can be built on. His next start will be the Blue Grass Stakes on April 9th.

9) Matt King Coal  (0 Derby Points)- The Linda Rice-trained colt returned to racing as a 3 year-old on March 6th at Aqueduct and produced a win with a time of 1:44.92 (good for a 97 Beyer Speed Figure). In his last three starts, he has produced Beyer Speed Figures of 93, 96 and 97. I like the upward progression. His next start will be the Wood Memorial on April 9th. He will have to win or finish 2nd in order to obtain enough points to get into the Kentucky Derby.

10) Collected (11 Derby Points) – Yet another Bob Baffert-trainee, the Sham Stakes winner collected his biggest win and best Beyer Speed Figure (90) in the Sunland Park Festival of Racing Stakes on March 20th. No word yet as to where his next start will be but the Arkansas Derby on April 16th seems like the most logical.

12) Shagaf (50 Derby Points) – Like Mohaymen, another Chad Brown trainee from Shadwell Stables. He is undefeated in 3 starts and displayed a fighting spirit to win the Gotham Stakes (shown below). His next start will be the Wood Memorial on April 9th.

Others to keep an eye on include:

Suddenbreakingnews (10 Derby Points) – The Southwest Stakes winner finished 5th in the Rebel Stakes. This was a disappointing finish as the race seemed to set up well for his closer running style with fast opening fractions from Cupid. However, this performance was not enough to drop him off the Derby radar. He seemed to get blocked a bit and if this was a 1 1/8th mile race like the Arkansas Derby will be, he seemed to have plenty of steam left to hit the board. His sire was Mineshaft–2003 Horse of the Year. Closer’s always have a chance in the Derby when the opening fractions are fast. His next start will be the Arkansas Derby at Oaklawn Park on April 16th.

Outwork  (20 Derby Points) – A Todd Pletcher-trained horse and a half brother to Nyquist. Prior to the Tampa Bay Derby, he had never raced further than 6 furlongs. He broke his maiden way back in April of 2015 at Keeneland but didn’t resume racing until this past February. His next start will be the Wood Memorial April 9th.

Swipe (12 Derby Points) – This Desormeaux brothers colt finished 2nd to Nyquist four times in his last four starts and narrowed the gap each time. He had surgery to remove a bone spur from his ankle in November and has been back in in training since February 27th. His most recent work was 6 furlongs at 1:13.00 at Santa Anita Park on April 2nd. His next start will be the Lexington Stakes on April 16th. He has 12 Kentucky Derby points and will have to win this race and pick up the 10 first place points. 22 Derby points may or may not be enough to get him into the Kentucky Derby.

Horses who are either off the Derby trail or won’t have enough points to get into the Kentucky Derby: Gift Box, Greenpointcrusader, Airoforce, Cocked and Loaded, Toews On Ice, Awesome Speed,  Conquest Big E

Interesting Fact: 70% of the Kentucky Derby winners the past 20 years raced in one of these three final Derby prep races: The Santa Anita Derby (6), The Florida Derby (4) and the Arkansas Derby (4).