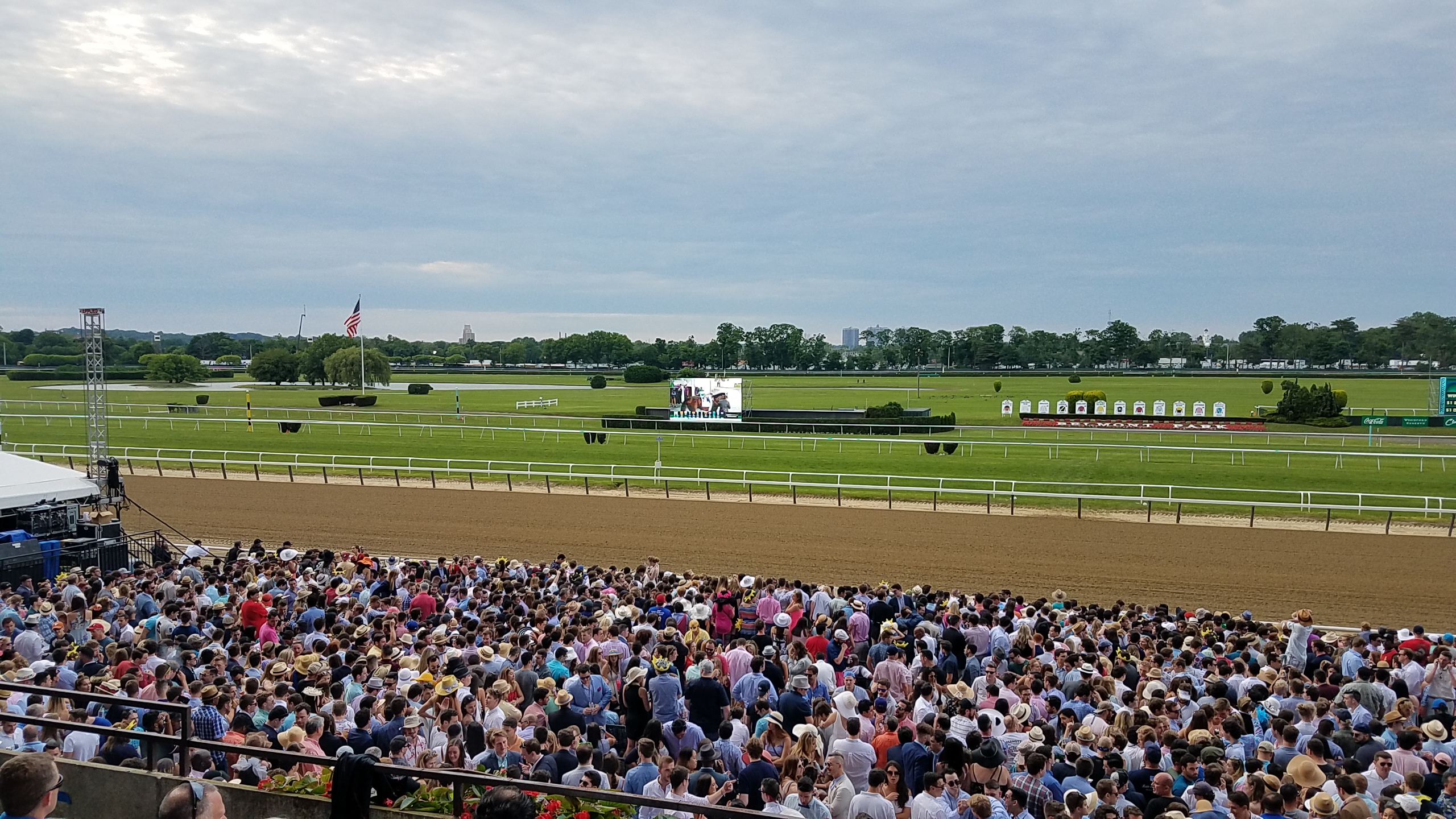 My preview of the 2020 Belmont Stakes can be found by clicking the link below.

Coming up Saturday, we get our first big horse race of the year with the fourth annual Pegasus World Cup at Gulfstream Park. The Pegasus World Cup was the richest horse race in the world in 2017 and 2018 with purses of $12 Million and $16 Million respectively. Last year, the purse was reduced to $9 Million. This year it was reduced again down to $3 Million, the same purse size as the Kentucky Derby.

This race would have been more interesting had Maximum Security been entered as everyone hoped. But Maximum Security’s owner Gary West is bypassing the Pegasus in favor of the $20 million Saudi Cup scheduled for February 29th.

Below are the official entries, post-positions, jockey assignments and morning line odds for this year’s Pegasus World Cup scheduled for Saturday, January 25th at Gulfstream Park. Post time is 5:34 PM EST.  The race will be televised on NBC with coverage beginning at 4:30 PM EST. All horses will carry 124 lbs weight.

Race Analysis: With the scratches of Omaha Beach and Spun to Run, this scrambles up my original handicapping. The race favorite and my new favorite to win will be Mucho Gusto. Jockey Irad Ortiz Jr, who won beat Omaha Beach in the Breeders’ Cup Dirt Mile aboard Spun to Run, opted to switch mounts and jump onboard Bob Baffert’s entry Mucho Gusto. This was a surprising move at the time but Baffert claims that Mucho Gusto has been training well of late.

Perhaps a step up from 8 to 9 furlongs is another reason that factored in Ortiz’s decision since Spun to Run’s best finish at 9 furlongs was his third place in the Haskell Invitational where he finished behind Maximum Security and Mucho Gusto.

I like Mucho Gusto being keyed to win in exotics with Tax, Higher Power, Mr Freeze, Diamond Oops and War Story. I will add that Mucho Gusto is no lock and I’m not betting big on this race. Respected handicappers are all over the board on who they think the race winner will be and a lot of them don’t like Mucho Gusto due to his last performance in the Remington Stakes. I asked my respected horse racing handicapping friends for their picks and nobody wants any part of this one. You have horses coming off long layoffs, so anything can happen. My advice, make smaller trifecta and superfecta bets. I did 10 over 2,6 over 2,6 over 2,3,6,7,12.

Right now, Mucho Gusto and Higher Power are both around 3-1. With Higher Power having issues eating a few days ago, you have to wonder how his stamina will be today.

I will update this blog clear up until post-time in case there are any scratches or the weather changes. Right now, weather.com shows it will be sunny and clear with temps in the 70s. Also note that you can find free past performances for this race by clicking HERE

Also, I am on Twitter and you can add me at https://twitter.com/totallyfearless 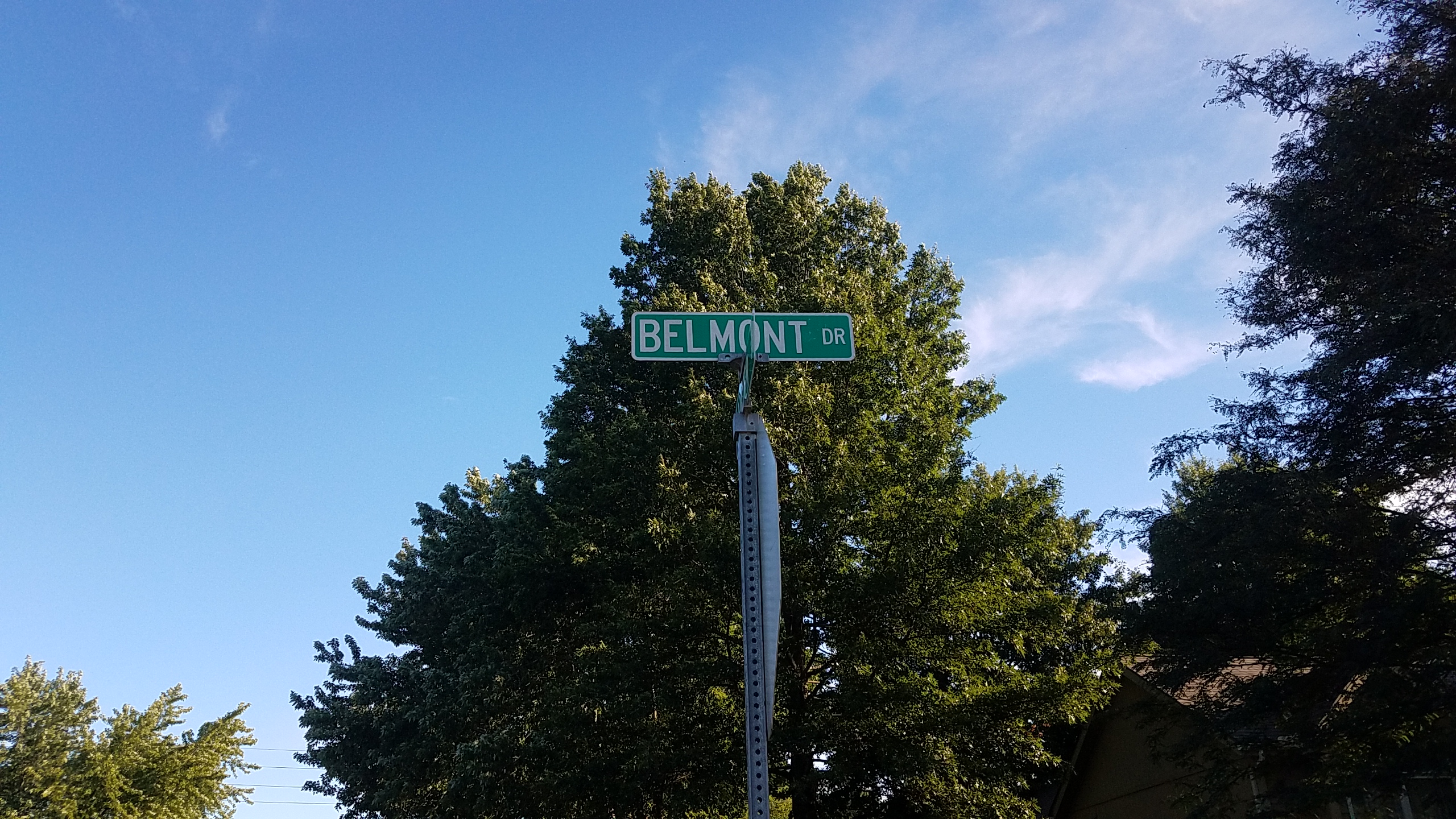 After a year or more of being frustrated with the sport of horse racing, I am back and decided to renew this thederbyhandicaper.com site.

My reasoning is simple, I like some of the safety stuff I have seen lately. I think the sport of horse racing is pointed in the right direction. But I will admit, it has a long way to go. I love horses and horse racing.

Another factor, writing about multiple sports like I did on my coxsportsnet.com website, you are sort of small fish in a big pond. I did get great views on some articles that I posted but from my experience and writing ability, I could write a similar article on horse racing and get ten times the views for most articles.

It helps when your area (mine in Missouri, see above picture), was once referred to as “nothing but a horse town.” Hence the above picture. My hometown has so many streets named after horses and horse racing.

I’m back! Doing what I love and what I am best at and most appreciated for. My next blog will be a preview of the Pegasus World Cup.

Reviewing my Facebook memories yesterday, I stumbled upon some pictures I took of my son Anthony and I’s trip to Lexington, Kentucky in 2015 for the Breeders’ Cup World Championships. We were there to see American Pharoah win the very first Grand Slam of Thoroughbred racing.

As a part of this trip, we took horse farm tours that I highly recommend to anyone visiting Lexington. I was saddened when I saw this picture of Holy Bull (shown below) that I took on my tour. Holy Bull passed away in 2017 at the ripe old age of 26. He loved visitors to his stable and he seemed to know that he was still sort of a big deal.

Now onto the mian point of this article, the crazy money in horse racing. As many of my readers already know from some of my previous blogs and articles on US Racing, I have been real critical of the foolish money thrown around for unproven yearlings and 2 year-olds. Millions of dollars are spent every year in these auctions.

Everyone thinks they have done their homework and are bidding on the next Kentucky Derby winner based on its pedigree, physical characteristics and demeanor during auction presentation.

I am used to seeing classic cars sold for hundreds of thousands of dollars and I understand that mostly. But some of these young horses fetch over seven figures in auctions. Yes that is right. One million dollars for totally unproven yearlings. Perhaps the best example of this is the American Pharoah filly who went for $8.2 million dollars last month in the Keeneland September Sale last month. See: https://www.wave3.com/2019/09/11/american-pharoah-filly-sells-record-million/

Here is a good story. One of the tours took us to the same farm and horse stable where Zenyatta was born and raised. At this stable, the opportunistic photographer in me took the picture below of one of the stalls that housed a weanling. From memory, this was the same stall where Zenyatta was born. I had hoped to potentially capture greatness in its infancy.

When reviewing this picture, I decided to research and see what became of this unnamed weanling, born 3/19/2015, whose sire was Bernardini and whose dam was Zardana.

This weanling from Bernadini and Zardana was sold for $520,000 under the name Dominant Strategy in the same 2016 Keeneland Yearling September Sale as Justify. Justify was sold for $20,000 less at an even $500,000  See Hip 149 and Hip 50 in the auction results linked here: https://www.bloodhorse.com/…/keeneland-2016-september-yearl…

This is why I cringe when I see a million dollars spent on a yearling or a 2 year-old. It’s always a crapshoot.

Here is what recent Kentucky Derby winners sold for in auctions. I excluded this year’s Derby winner because it was debacle:

I have always felt that one of my most untapped talents would be budget racehorse buying in auctions. I can’t save you hundreds of dollars on your auto insurance. But I feel that I could justify (no pun intended) a six figure salary identifying bargains.

With all the foolish dollars spent in horse racing, why don’t they have capologists like they do in professional sports? The capologist’s job is to maintain a budget and not overpay for free agents. And how long will it be before someone develops a software program and database used for prospective horse buyers that analyzes the future earning potential of every horse up for auction?

With all the crazy money spent in horse racing, if they don’t already have some of these concepts already, it won’t be long.

I just posted the 2nd part of my feature article for tomorrow’s Palio di Siena on my Cox Sportsnet website. The article can be accessed by clicking on the Hyperlink below:

I published a new article on my Cox Sportsnet website which can be accessed by clicking on the Hyperlink below:

My 2019 Belmont Stakes Preview can be accessed on my new website at Cox Sportsnet.

You can access the article by clicking on this hyperlink: https://coxsportsnet.com/2019/06/05/2019-belmont-stakes-preview/ 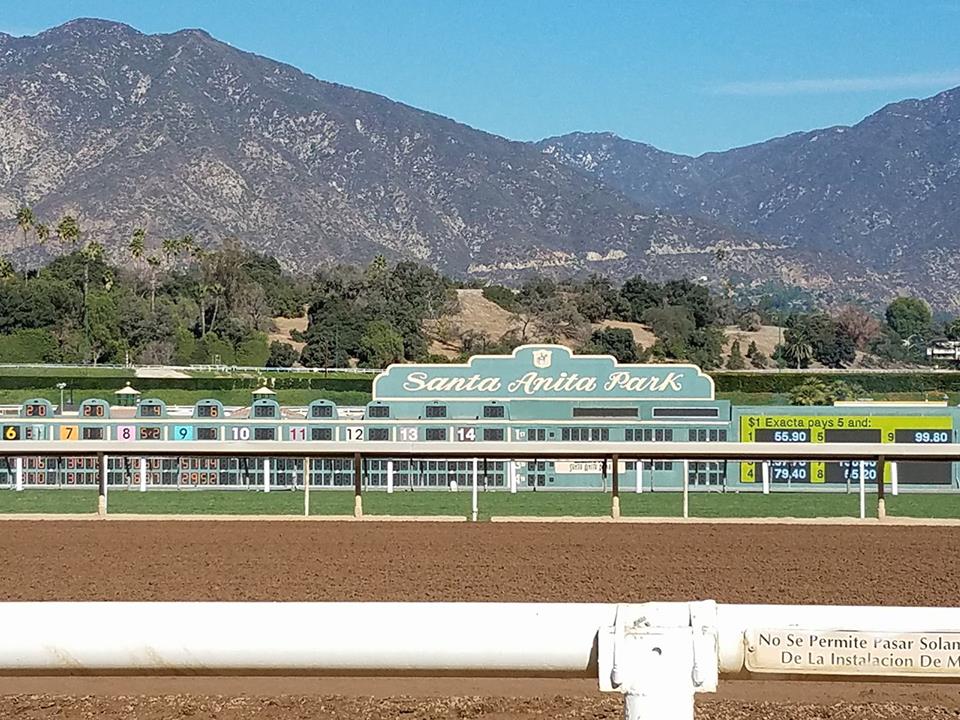 I’ve posted a new blog article on my recently created Cox Sportsnet website on how to improve and grow the sport of horse racing. The article can be accessed by clicking on the link below

This is a continuation from a series that I started on US Racing last year. Part One can be accessed by clicking here: https://www.usracing.com/news/features/improve-grow-horse-racing

In case any of my readers missed it in previous posts on this site, I’ve decided to move to a multi-sport website format and promote my own websites rather than free-lance for others. I will be transitioning completely over to the new Cox Sportsnet website next year.

I expect to have better content moving forward on a variety of sports on the new website, including feature articles from other authors and writers.